Sort by:
Best sellers Relevance Name, A to Z Name, Z to A Price, low to high Price, high to low
Showing 1-1 of 1 item(s) 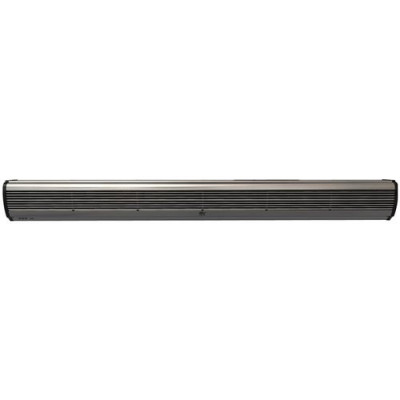 A vapor barrier's job is to prevent vapor diffusion, and an air barrier's job is to stop air loss through differences in air pressure. A wall system should have a vapor barrier, but can have many air curtains. A vapor barrier can act as a very effective air barrier, but an air barrier does not (and shouldn't) always prevent vapor from spreading. A wool sweater, for example, is a good choice of natural insulation and will keep you warm when there is no air movement, but will allow the wind to howl through it. A wool sweater with a raincoat will keep you warm but keep the moisture inside and soak your insulation. A wool sweater with an anorak will keep you warm, preventing the wind from stealing your warmth, while letting moisture diffuse through it. So think of an anorak as an air barrier and a raincoat as a vapor barrier. This is how far I can extend the human analogy at home, hope it helps me. As warm air expands, there is more space between its molecules than cold air. Water vapor is found in that space. When the warm air cools as it passes through the walls, it contracts and squeezes out the moisture, leaving you with condensation. To prevent condensation from forming, a vapor barrier should be placed on the warm side of the insulation to prevent hot, humid air from condensing onto a cold surface within the wall. In cold climates like Canada, the vapor barrier should be inside the insulation for much of the year. In hot climates such as the Southern United States, for example, the vapor barrier should be installed outside the insulation, especially where air conditioning is present to prevent condensation and mold. In both cases, the vapor barrier has the job of preventing hot, humid air from losing its moisture when it encounters a cool surface, regardless of which direction it is traveling. The most important thing to understand is that there is no fixed rule when it comes to vapor barriers. Building practices should always be determined by the climate in which one is building.